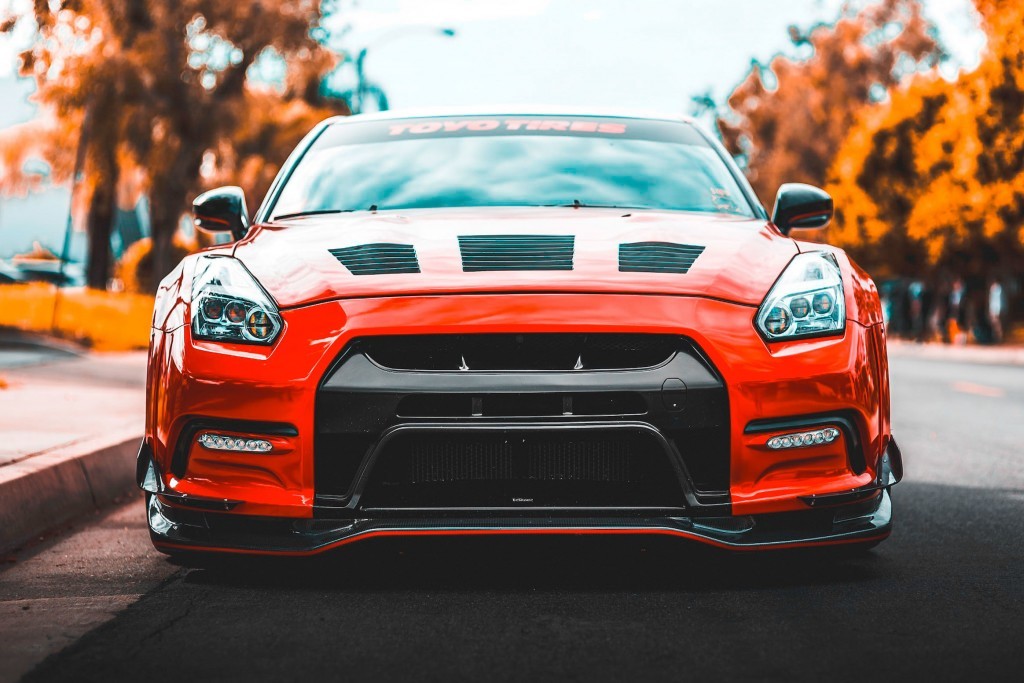 Car leasing is often confused with car renting; these two are not the same. Put simply, car leasing means the concept of paying for a car’s value depreciation during the period you are using it.

Depreciation here refers to the difference between a car’s MSRP and its value at the end of the lease. The depreciation value will determine how much you pay for a car lease; the smaller the depreciation, the less the money you will pay and consequently the better the deal. You need to know how car lease works to be in control of your finances.

Suppose you see two cars at a dealer, each costing $40,000 when new. After three years, the first car drops in value to $20,000 and the second one drops to $25,000; the latter will cost less to lease thanks to the small difference between its original cost and its lease-end value. Depreciation depends on the make and model of car; those with the lowest depreciation will make for the best lease deals.

This is the full price of a vehicle when it is new, from the manufacture. This price is inclusive of destination charges and other optional packages, but not inclusive of the dealer’s fees, though they also make for the overall price of the car. You can, however, ask the dealer to give you a discount on the MSRP – unless you are going for a car in a high demand and low in supply. Online car dealers, offer pre-discounted prices and they are a good option if you are not willing to negotiate with other dealers.

What is Capitalized Cost?

Cap cost, at times, is referred to as lease price. You will sit down with your dealer and agree on the price you will pay for a leased car. If you are out fishing for a good deal, the lease price will be significantly lower than the car’s MSRP. You may find a dealer who says that the lease price is not negotiable, but this is not always true. Negotiating for the lowest capitalized cost will ensure you get a good deal – by getting a price lower than the tag price, as you would if you were buying. With a low capitalized cost, you will pay less each month for your car lease.

Are there any other Fees in the Cap Cost?

Besides the cap cost, you will also be needed to pay acquisition fee, which is more or less like what you would pay as mortgage or loan origination fee. In most cases, the acquisition cost will not be included in your lease contract, and as such, it may not be apparent that you are paying it as part of the capitalized cost.
In case you haven’t paid fully for the car you are leasing, the loan balance will also be included in the cap cost. This will, however, appear as negative equity and should be avoided at any cost.

Can Capitalized Cost Be Reduced?

There are cap cost, lease price, reductions that include rebates, trade-in credit, factory-to-dealer incentives or down payments. Even the least cap cost reductions can make a big difference in the amount you pay monthly for the lease; this is especially true if you are leasing the car for a short period.
The value you get after subtracting lease price reductions from the initial cap cost is called net cap cost or adjusted cap cost. This is the value you will use when calculating your monthly lease payments. Net Cap cost, therefore, refers to the negotiated vehicle price, plus dealer fees and other costs, minus the cap cost reductions.

This is the wholesale price of a car at the end of the lease period; this is after the car has depreciated. A high residual value means the car is worth more and you will pay less each month for the lease. Residual price is also referred to as resale value. There is no way to predict the future and as such, resale values are arrived at from calculated guesses based on prior resale values for the specific car make and model you are going for. The companies that lease cars will get historical resale data from the services that offer them and use that as a framework to create their own resale values. However, car manufacturers can boost the residual values temporarily to offer good lease deals on slow-selling cars. These are called subverted lease deals. 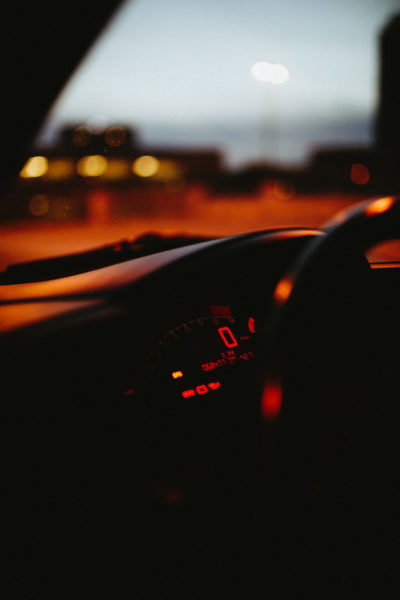 The residue value of car will be stated as a percentage of the negotiated MSRP. For instance, a 3-year 50 percent residual on a brand new $40,000 car means that the estimated depreciated value of that car at the end of the 3-year lease period will be $20,000. However, the actual value of the car at the end of 36 months may be higher or lower. As the lease term increases, the residue percentage reduces; the car loses more value as it gets older. In the first twenty four months of a lease term, residues fall rapidly and then slow down after that. Ergo, short term leases are more expensive compared to long term leases.

Lease a Car with a High Residue Percentage

The best lease deal is one where a car’s 36-month residue is 50 percent or higher its MSRP price. Remember with a high residue percentage, you get to pay low monthly lease. Nonetheless, this does not mean that cars with a low lease after a 3-year lease will not give you a good deal, its only that with the former, you get more of the car for your money.

The leasing company bought a car from the dealer, with their money, so as to lease it to you. As such, you are tying up their money when you are driving their car and they will need interest for their money as a bank would with a loan. And they rightfully deserve the interest. This interested is referred to as money factor, lease rate, lease factor or simply factor. It is always expressed as a small decimal such as .00334. Even if the dealer expressed the number as a larger decimal such as 3.34, to make it look like an attractive interest rate, the number will still mean .00034.

As a rule of thumb, ensure that the converted money factor should be equal to or lower than interest rates on new cars. Just like in a car loan, you will pay less each month when the money factor value is low.

Some lease deals are offered with a money factor as less as .000375, this means 0.9 percent APR. Some deals offered by manufacturers are even lower. However, for you to get a deal like this one, your credit rating has to be very clean, spotless even. The credit requirements for such lease deals are relatively stricter.

Money Factor can also be determined by your Credit Score

The law does not stipulate that lease factor be shown on the lease contract. Granted, you may have to ask the leasing company for the factor and the interest rate before considering the lease deal.

Lease Term: How Long Should You Lease?

Lease term, simply put, is the length of time you stay with a car on lease. The duration is expressed in months with the most common lease terms being 48, 39, 36 and 24 months. However, there are odd lease terms such as 27, 30 and also 42 months. When a dealer gives you an odd lease term, it is always aimed at getting you back on a lease at a slow selling period.

Longer lease terms are good since they mean lower monthly lease payments. However, shorter lease terms are recommended. The lease term you choose should not be longer than the general coverage warranty offered with your vehicle (note: not the drive-train warranty). This way, you are sure that you are covered during the entire lease period in case anything covered in the warranty breaks. If the general coverage of a car is 36 months, avoid leasing that car for more than 36 months.

You will note that cars start developing major problems after their third year and by the fifth year, cars are already having major problems. Given, 60-month leases, which are going down in popularity, are not recommended. However, if a car comes with an unusually long warranty, you can go for longer lease terms.

Now that you have grasped the basics on how car lease works, you need to choose one among two plans; personal contract purchase (PCP) and personal contract hire (PCH). When you sighn a PCH agreement, you will have to return the car you leased at the end of the lease period. However, if you sighn a PCP agreement, you are given the option of buying the vehicle at the end of the lease term. With PCH, most car leasing companies will ask you to pay three months lease payments upfront and with PCP, you will have to pay a deposit for your car.

Any Restrictions when you Lease a Car?

Just like when you are renting a car, there are restrictions involved with a car lease. First off, if you cancel your lease contract, the leasing company will request that you pay a fee; in some instances you may even have to pay the entire cap cost. You might not be allowed to make any modifications on the leased car without permission from the dealer; you can, however, ask the dealer to do the modifications you need before you lease. You cannot exceed the agreed mileage. If you do, you might have to pay an extra cost for the extra miles.
After lease-end, you will be required to return the vehicle in good repair condition; the dealer will consider fair wear and tear. If, for instance, the car is scratch when you are driving it, you may have to pay for the repair cost. You will also be needed to seek permission every time you need to take your car abroad.

In the recent past, manufacturers and car leasing companies have come up with different leasing plans to woo the clients. You can use your old car as equity when you are leasing a new car with some companies and this gives you a good deal. Other dealers, manufacturers, and companies have less strict leasing restrictions allowing you to enjoy your car more; like forgiving you when you get late on monthly lease payments.
With all factors considered, you should get a good deal, financially, from the dealer or company you choose. Though you might assume you know how a car lease works, it is imperative to ask a dealer of all the costs involved including taxes in case they happen to be different.