Most of the hybrid cars on the roads today are on lease. There are a high number of factors that make leasing hybrid cars a great prospect and even buyers who buy their cars might consider leasing. One reason why leasing hybrid cars is a good prospect than buying new cars is the subsidized lease rates that several automakers are offering. The cheapest electric car lease rates are as low as $200 a month. A number of factors contribute to these low lease rates; the rates undercut conventional gasoline-powered models.

The federal government offers tax credit for electric and plug-in hybrid cars. Those buying these cars take advantage of the credit and those who lease get to have lower monthly payments. Besides, these cars have high resale values and this lowers the lease payments greatly.

The demand for plug-in hybrids is not assured and this is more reason that one would consider leasing a hybrid car instead of buying one. This makes the resale value of the cars uncertain. Again, plug-in hybrid cars technology is new in the market and there might be hiccups expected when using the car –this was evident when Nissan Leaf’s batteries were sapped by the desert heat prompting Nissan to buy back most of the cars.

You may be wondering, do you get tax credit for leasing an electric car? The federal government has made it easier for people to lease an electric car thanks to the introduction of tax credits and tax rebates. Anyone purchasing a plugin car is eligible for federal tax credit, which makes things a whole lot easier. State and local rebates and credits have not been availed everywhere and they are bound to change due to politics, and budget and funding can be reduced without notice. According to a study carried out by University of California, not all dealerships are aware of these tax rebates and credits and this makes leasing hybrid cars more expensive in some states and in some dealerships.

The government offers a simple aid program. The first legal owner of a registered plugin car is eligible for up to $7500 income credit in the tax year the car was purchased. Dealerships take advantage of this offer and the benefits trickle down to the lessor in terms of low monthly payments, making it easier for you to lease a hybrid car.

The credit is determined by the battery size of the vehicle and the total income tax bill of the buyer. This means that some dealerships will get a better tax credit than others, lowering the price of the vehicle and consequently monthly payments even more. There are, however, some dealerships that take all the credit and leave the car lessor with high monthly lease payments. Automakers, however, apply the rebates in their leasing deals cutting down payments that a lease requires. 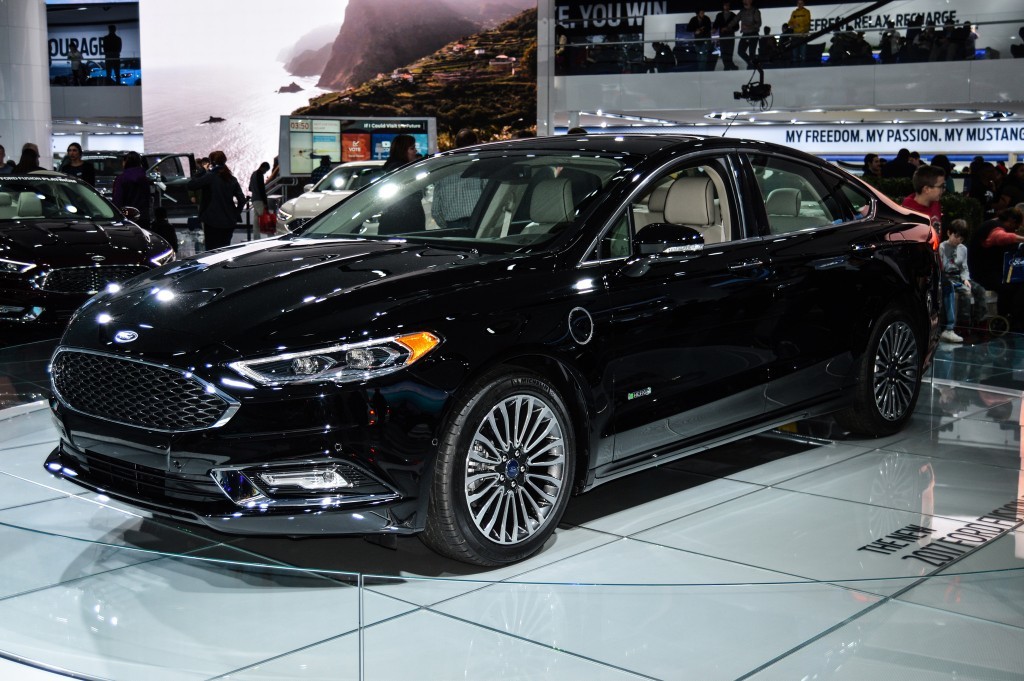 Will the Federal Aid Expire?

Federal aid is there to make people buy electric cars and go green. Manufacturers are, therefore, given tax credits that expire after the manufacturer has sold up to 200,000 qualifying cars. This is followed by one-year of quarterly reductions after which the manufacturer does not need any more aid from the federal government. There is no manufacturer close to hitting that limit and as such, plugin hybrid cars will continue leasing at low prices for quite a while. You can, therefore, get BMW electric car lease for less for longer. General Motors was the first to hit 100,000 cars mark but Tesla may be hitting the limit first thanks to their upcoming model, the Tesla Model 3, which has close to 400,000 reservations.

States are following the example of the federal government and offering incentives to buyers and those who want to lease hybrid car. However, there are only 12 states in the US that offer incentives but others may follow. To lease a electric car in this state is exceedingly cheap. There are states that have introduced special fees for plugin vehicles to regain the loss of gas tax that maintains local highways.

Note that the state and local incentives are added to the federal aid, making the car even cheaper, and lowering the lease monthly payments greatly. These state programs are funded on a calendar and there is a chance they may run out of money.

As of 2015, leasing represented approximately 75 percent of the plugin car market. This was a slight drop from 80 percent in 2013 and 2014. Leasing of plugin cars made for 28 percent of the overall car market and about 49.5 of the luxury car market. The high percentage of leases was propagated by the many advantages associated with leasing.

Plugin Cars and the Smartphone Mentality

Consumers are viewing electric cars as smartphones; before you get used to the one you have, a new one has been released in the market. New models are expected to hit the market and with their prices being low, leasing is expected to be low too. This is not a risky assumption. The Chevrolet Bolt EV, Tesla Model 3 are almost being released and Nissan Leaf is here already. These new cars are designed to rectify faults with the earlier models, and their lease rates are expected to be great. When one leases a plugin car, they do not have to worry about residual value as the monthly prices are low.

Resale Value May Go Down

Consumers are more bothered by range, battery life and the fact that new cars are being released enhancing consumers from buying the vehicles. This is, however, affecting the resale value of the cars making some retain only about 25 percent of their original value after three years lease.

Dealers are out to make money; you need to know the value of a car before you go out sealing a lease deal. In California, incentives plus federal government aid and other local incentives can lower monthly lease payments to as low as $89; this has been witnessed before. Most of the dealerships will say that the lease rates are not negotiable but consider the price negotiable and go with a price in your head. The lower the dealer’s price go, the less the monthly payments you will pay. Dealers always work with you to come to a happy medium.

Determine the Market Value of the Hybrid Car

The price of hybrid cars is determined by incentives that the federal, state and local governments have placed on them and any dealership incentives. Different models also have different prices; the good thing is that you can get the prices of electric cars. Most of the dealers with hybrid cars for lease will show the prices, but it is always safe to compare prices online. Be sure to check that the price of the car is for your state; when you lease electric car in California, prices are different with those from other states. It is good to print out the prices before you head to the dealer.

You may get a cheap electric car lease deal but fail to get the car you need. Almost all automakers are releasing electric and hybrid cars, and this gives you a tough choice when shopping for the best car to lease. Dealerships are available online where you can see the list of cars available for lease. You might also consider lease deals from automakers. Consumers are placing lease orders for cars yet to be released, for instance, the expected Tesla Model 3, which has 400,000 purchase orders also has lease orders.

While it is easy to calculate the cost of owning a gas-powered car, it is a challenge to analyse the cost of owning an electric car and even more challenging when it is a hybrid running on gas and electricity concurrently. According to Edmunds.com and KBB.com, the maintenance cost of standard hybrid cars and that of gas powered cars is nearly equal.

When using the electric side of a hybrid car, maintenance costs are less as there are no oil changes or other gas-powered car maintenance costs. Hybrids and plugin hybrids, however, compared to conventionally powered cars go for longer periods before they require a brake job, seeing that their brakes are not exposed to as hard work as gas-powered cars. Even their gasoline engines do not necessitate brake jobs.
Granted, hybrids and plugin hybrids do not require engine repairs or engine replacements often. This means that after three year lease, the hybrid car will cost you less in terms of engine maintenance.

There are less gasoline engine maintenance issues and fewer brake jobs and not only that, the electric motors of electric and plugins are sealed with only two moving parts, which do not need much care. These cars use single speed gear reduction, which is not complex, which eliminates transmission system maintenance. According to a study done by Ford Motor in 2013 on the Ford BEV, the typical owner of a hybrid or plugin hybrid car will save about $1200 per year in maintenance costs. According to CarGurus, electric and hybrid cars cost more to operate compared to conventionally powered vehicles.

The resale value of hybrid cars determines the monthly payments that a lessee will make. Yours starts depreciating in value the moment you drive it the first time. Depreciation will depend on brand and the demand of that car. According to Kelley Blue Book, in 2009, the cars with the highest resale value were hybrids; these are Honda Civic and Toyota Prius. The Prius was mentioned on the list again in 2010 but in 2011, there were no hybrids on the list.

Determining the Resale Value of Hybrids 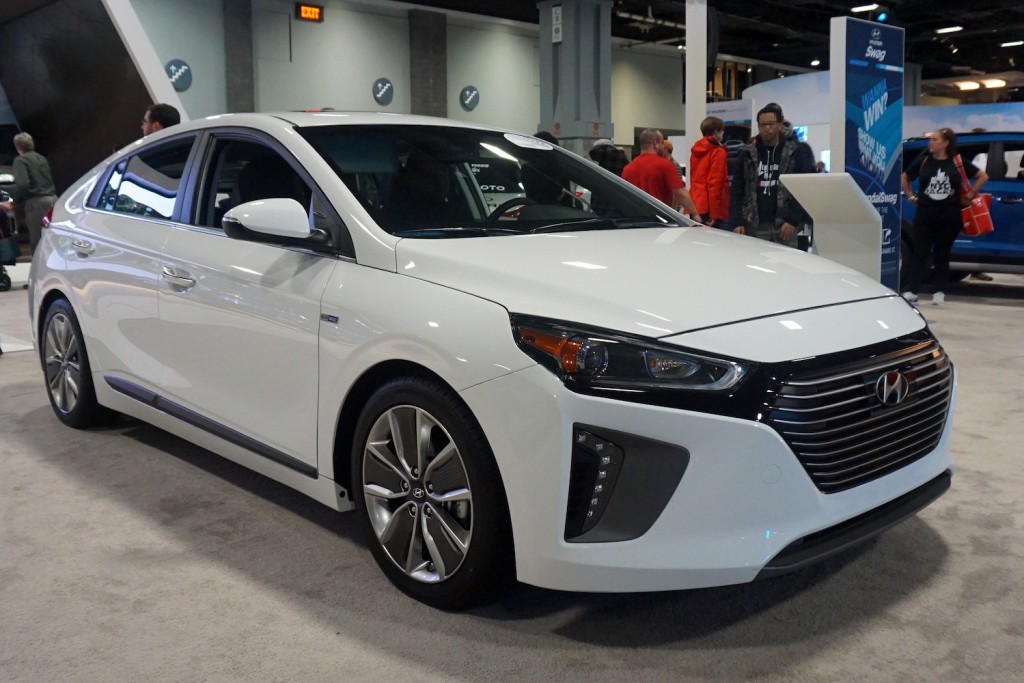 Toyota hybrid cars generally have high resale values and this means they can be offered for lesser monthly lease payments. This is followed by BMW and Tesla, which have been released a high number of hybrid cars in the recent past. Honda, Hyundai and Mercedes have relatively lower resale values. You can get Mitsubishi electric car lease for less monthly payments compared to Honda whose resale value is relatively low. However, based on a study conducted by Ford, the resale values of most hybrid cars models are nearly equal.

Hybrid lease cars have flooded the market, and most people are leasing these cars instead of buying them. When you lease electric car, you have a couple of advantages, and the government has to chip in to ensure you get the best deal. Electric car lease in California is not different from normal car lease in all states; identify the car you want, get its market value, choose a dealer, and seal the deal. Studies on the resale value of hybrid cars are contrasting with some showing the cars will sell more and other showing that the cars will sell for less.